The founders of ByondFiles, Jan Poppe and Dirk Versavel, came together around a concept to greatly simplify the handling of documents and files. From the conclusion that the step to paperless working is a "work in progress" for many companies, ByondFiles was developed. The main thing was that the integration between mobile and fixed had to be complete. Mobile devices could now really replace the classic file folder with paper documents with ByondFiles. In principle, everything was possible with existing applications, but the result turned out to be that a lot of information was spread over several systems. (server, mail applications, note apps, camera roll etc). No application is concerned with storing information in an orderly and everywhere quickly accessible way.

With ByondFiles everything is done in one app, which means that a lot of clicking and searching is not required.

At the end of 2019, the concept was presented to a number of companies that were soon interested in joining the pilot process. The pilot companies were started up in the spring of 2020. Today they use ByondFiles daily and the experiences are only positive. The ByondFiles team, together with Encima, is a team of 20 people.

ByondFiles is managed by Dirk Versavel and Jan Poppe, who are both investors / shareholders of NV ByondFiles.

Dirk Versavel is a civil engineer by training and started his career at LMS (Leuven) and Telindus (Leuven) before founding ENCIMA.

Jan Poppe was owner and CEO of Sycron NV. Sycron was active in retail automation with 200 employees. 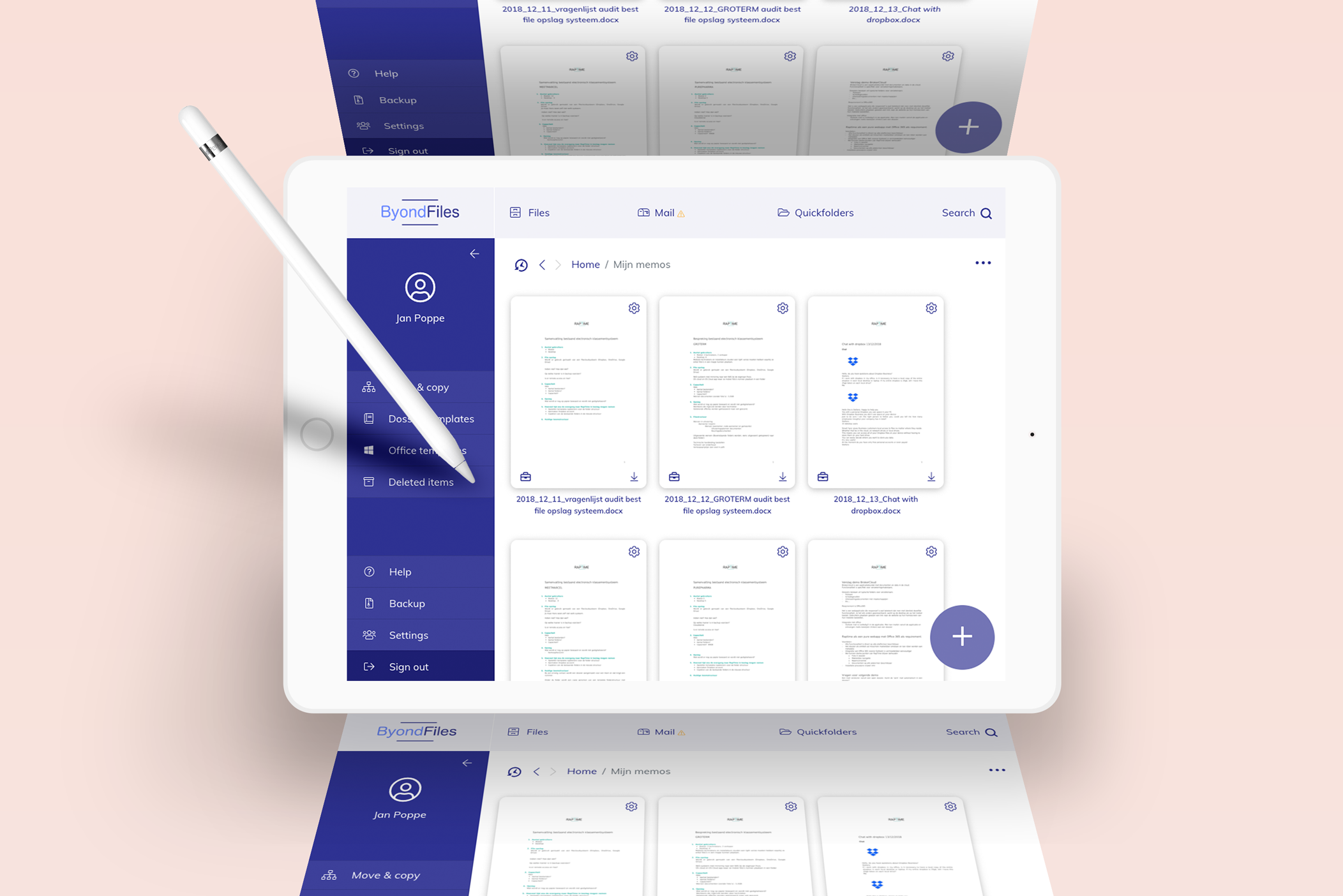 Unclutter your digital workspace and get more done ...

With ByondFiles, you save time and everything is in order. Book a demo and find out for yourself.